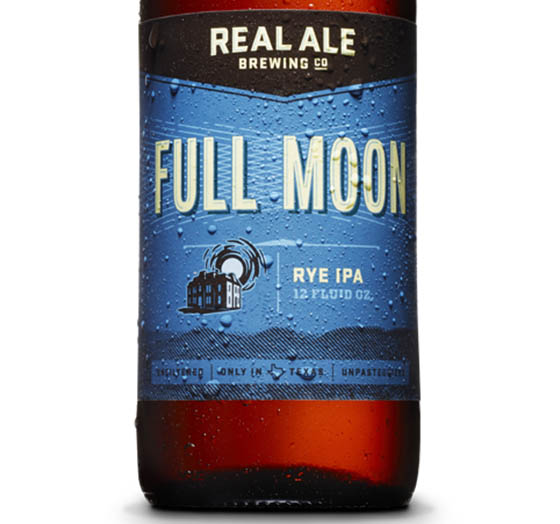 Now a Rye IPA, Full Moon has long been a brewery favorite. When the brewery first opened in 1996, rye beers were not widely available. Full Moon embodied the spirit of Real Ale Brewing Company by pushing the envelope with its unique taste profile of English caramel malt and German malted rye. It was a bold choice and many bars and restaurants found it too intense to add to their beer list.

Fast-forward twenty years, and the craft beer market has changed dramatically. The updated Full Moon recipe challenges the status quo again, and fans of the original will not be disappointed. While the malt bill is almost identical, the gravity has been brought to IPA levels. However, the real difference can be seen in the hops. Full Moon’s original recipe featured Cascade, which is now augmented by Citra and Simcoe. These ingredients add bright citrus and tropical notes to the flavor. Additionally, Full Moon Rye IPA is dry hopped to give it a more pronounced, fresh hop flavor and aroma.