It Began in a Basement:
The Story of Real Ale

Since 1996, Real Ale has grown from a small family operation making beer in the basement of an antique store in downtown Blanco to a brewery of 55+ people making some of the highest quality craft beers in the state.

While many things have changed over the years, one thing has remained the same — our belief that minimal processing produces maximum flavor. Check out the moments that helped make us who we are today. 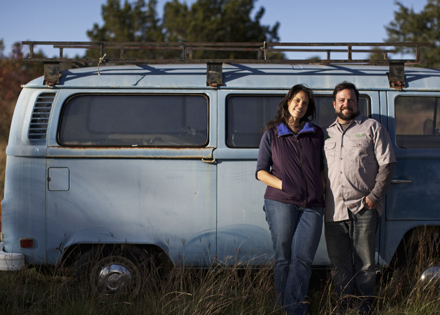 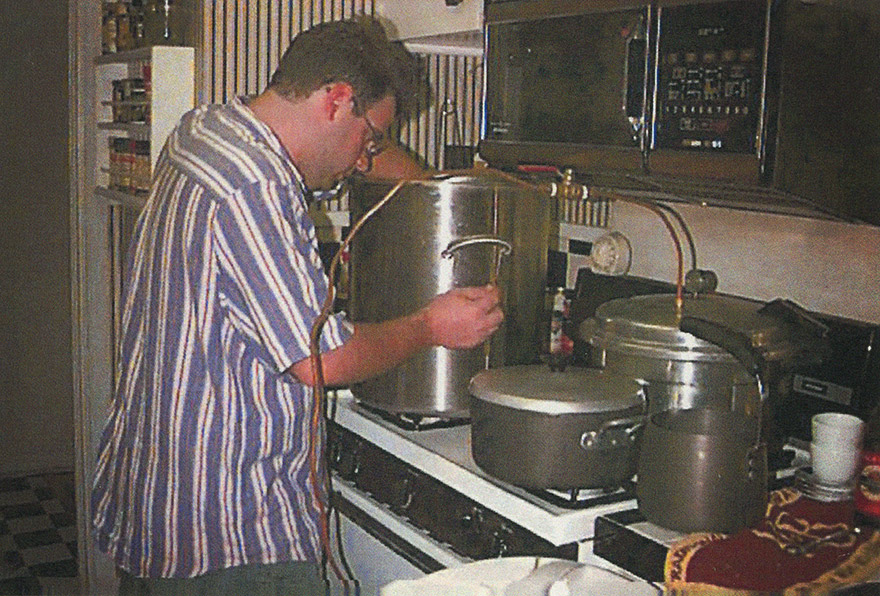 Brad Farbstein, a UT grad and avid homebrewer, first learns of a tiny brewery in Blanco known for producing high-quality traditional ales. He begins driving out from Austin to help the Conners with brewing and bottling.

Phillip decides to get out of the beer business. Brad cashes in his life’s savings and buys the brewery, turning a lifelong dream into a reality.

We hit the 450-barrel mark for the year.

The brewery switched package formats to six-packs of 12-oz. bottles. 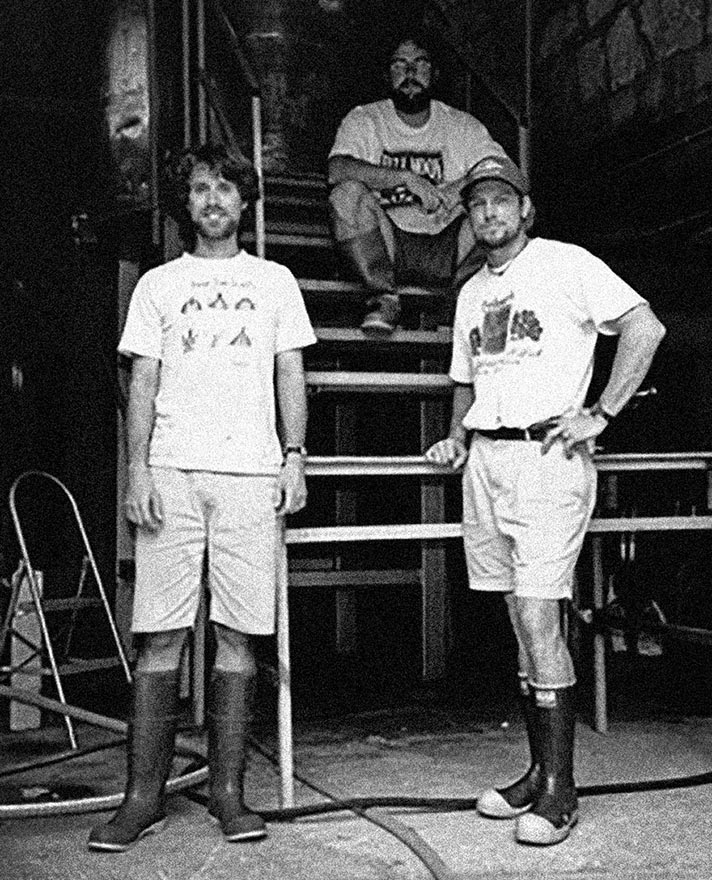 Brad and crew in front of the original brewhouse

This is the original brewery cat. Unfortunately he is no longer with us. R.I.P. Guy McDaniels. 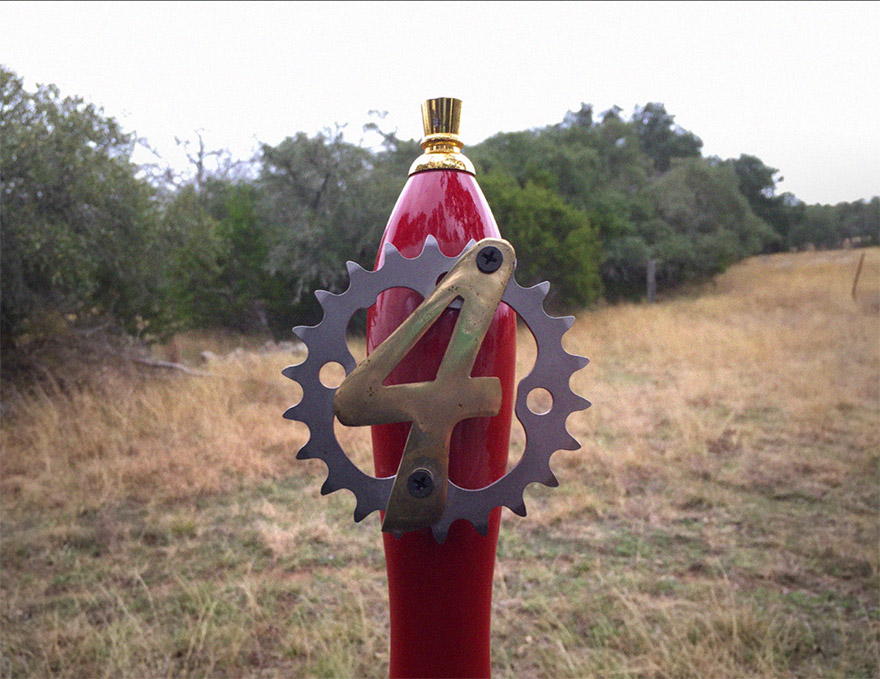 We launch our fourth year-round beer, Firemans 4. Even though it was draught-only at first, it quickly becomes our most popular beer.

Director of Brewing Operations Tim Schwartz comes on board from The Bitter End brewpub in downtown Austin.

Our production tops 3,200 barrels this year.

We realize it must be more than just our friends buying our beer.

Erik returns for good (we think). 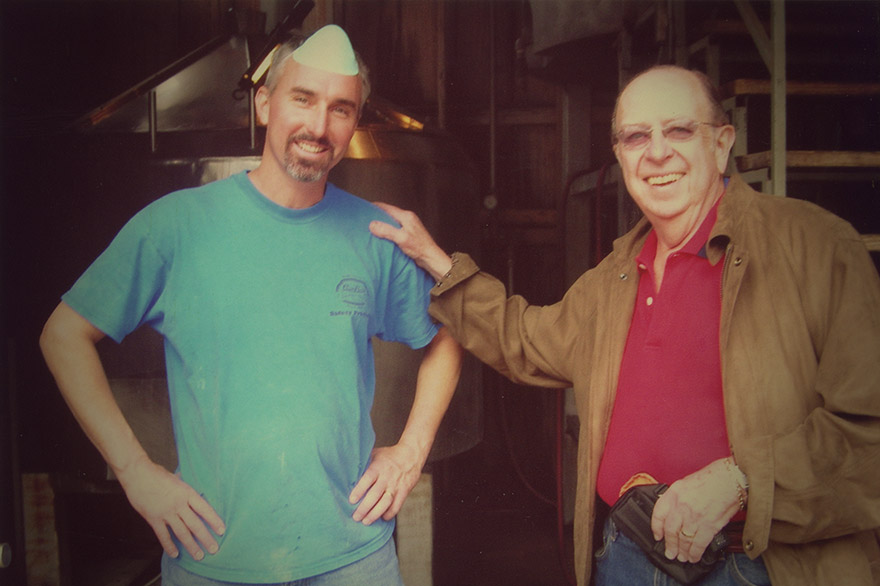 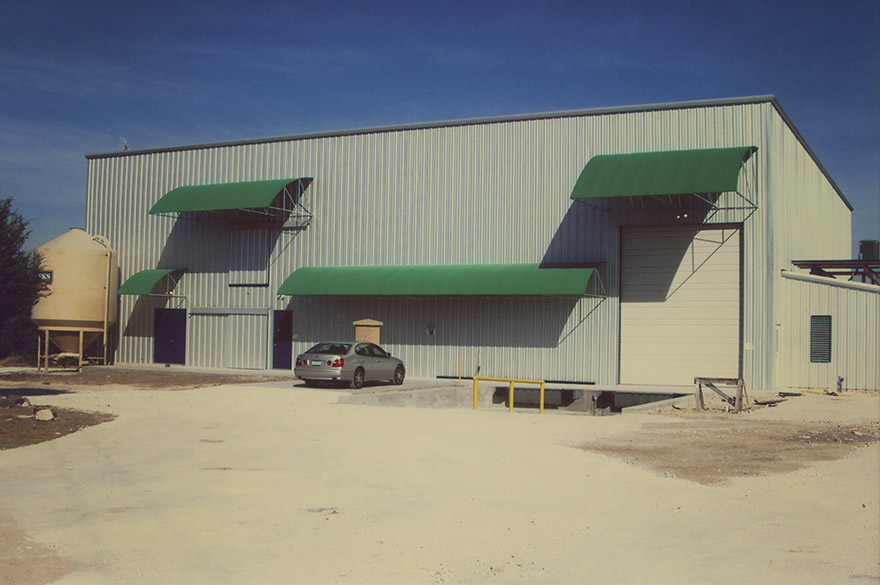 Our current location just outside Blanco.

Construction begins on a new brewery just outside the city limits of Blanco.

We produce more than 5,500 barrels in the original basement brewery (on a 15-BBL system).

Finally outgrowing our original space, we relocate to our new facility and double production to 11,000 barrels on a 60-BBL brewhouse.

We bottle Firemans #4 for the first time.

Attempting to keep pace with demand, we install a new 100 bottle-per-minute bottle filler.

We start our Mysterium Verum series and name all of our barrels after members of the iconic metal band Black Sabbath.

We partner with Bicycle Sports Shop to create the first Real Ale Ride — a bike ride through the scenic hills of Blanco, our home county. Unfortunately it was cancelled due to high winds.

The anniversary party goes off without a drop of rain (a first in seven years). 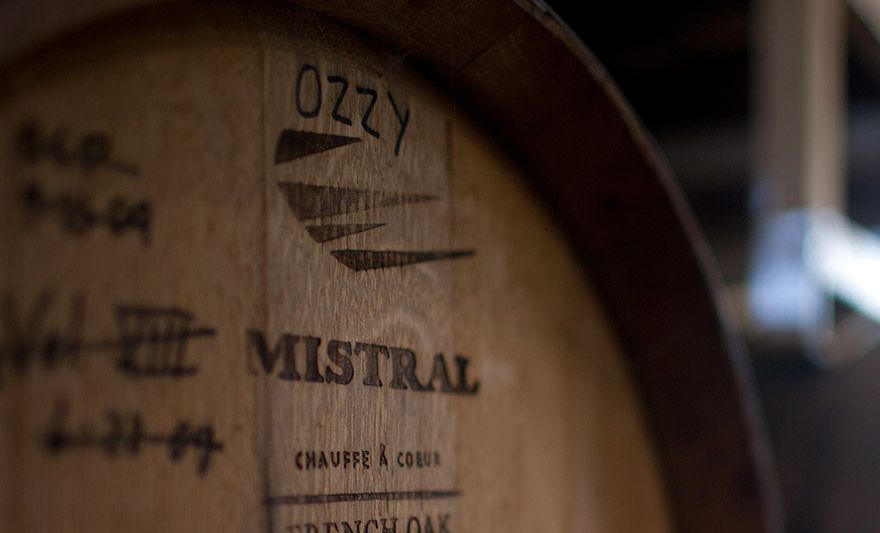 MV barrel named after the Prince of Darkness. 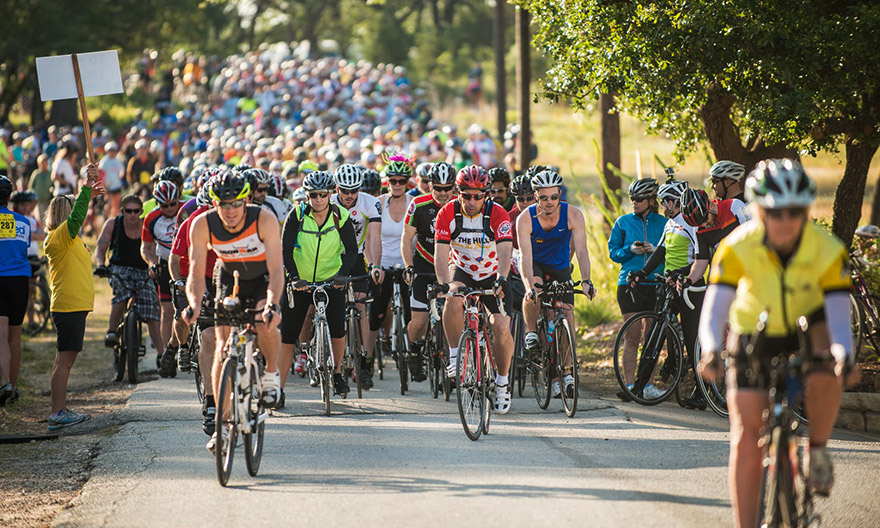 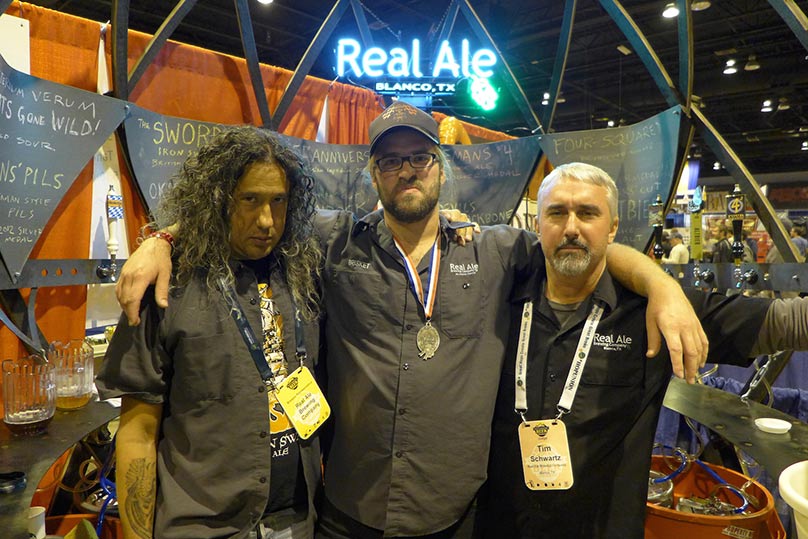 Look Mom, we won a medal. 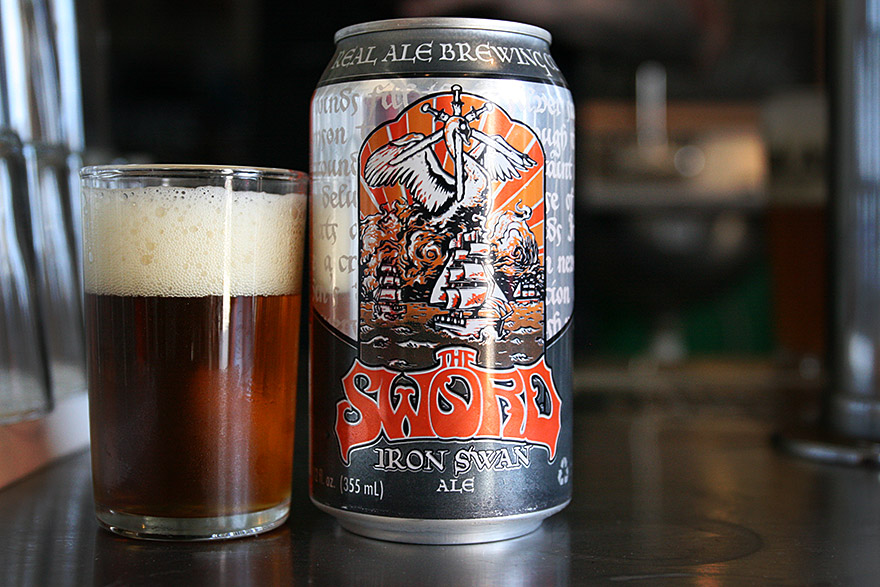 A beer inspired by one of our favorite bands.

Hans’ Pils and Firemans #4 win silver medals at GABF in the German-Style Pilsener and Golden or Blonde Ale categories, respectively.

We introduce our Brewers’ Cut series, giving both our brewers and customers a wider variety of beers to enjoy.

We add cans to our packaging lineup

We brew Iron Swan Ale in collaboration with one of our favorite Austin bands, The Sword.

We win gold at GABF in the Belgian-Style Lambic or Sour Ale category for Benedictum.

Our new packaging facility comes online with a 400 bottle-per-minute line. We produce over 58,000 barrels of beer.

We release Blakkr, a collaboration with Surly and Three Floyds.

The new Tap Room opens to the public.

We unveil our new look.

22-oz. bombers return to the packaging line-up after a 17-year hiatus. 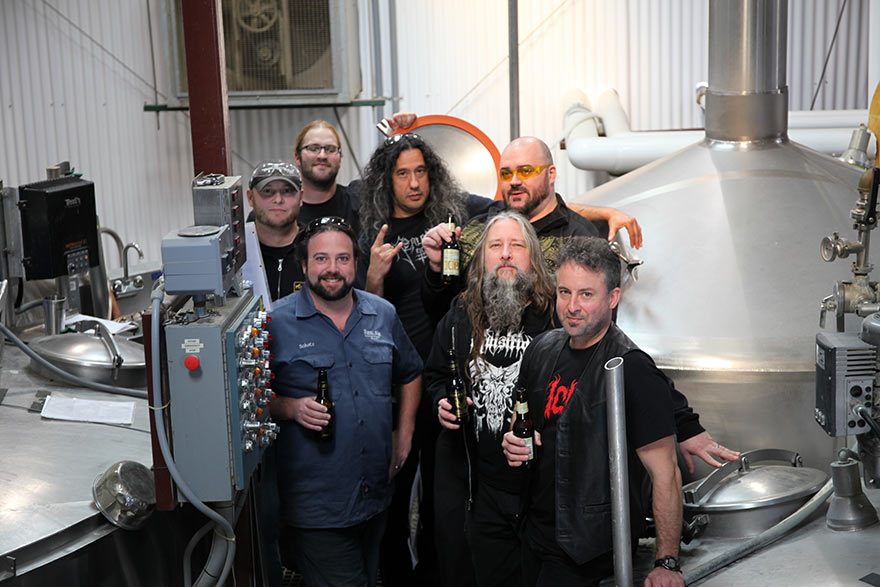 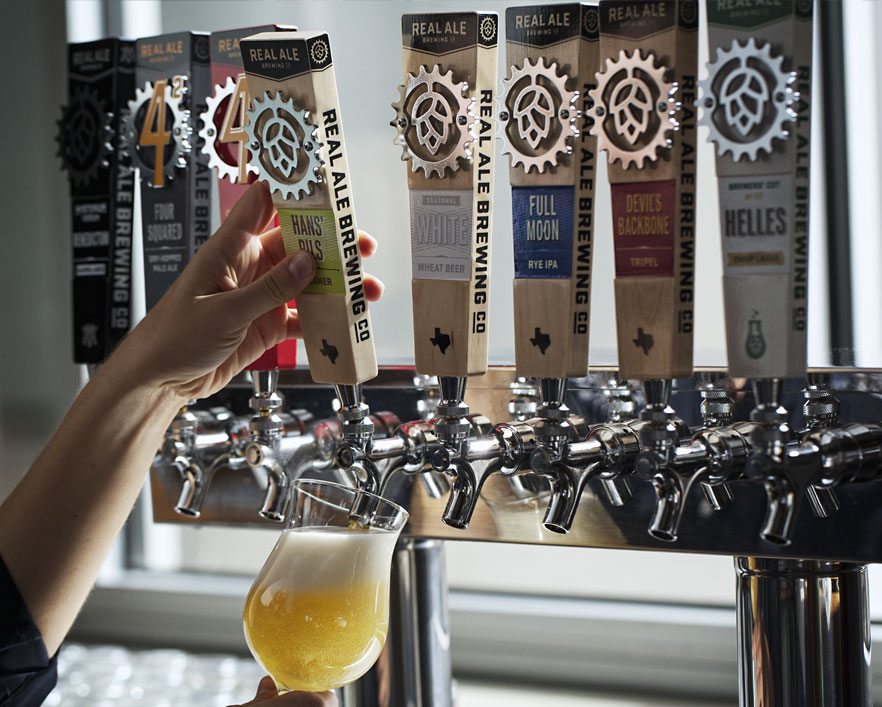 Fourteen taps are pouring every weekend. 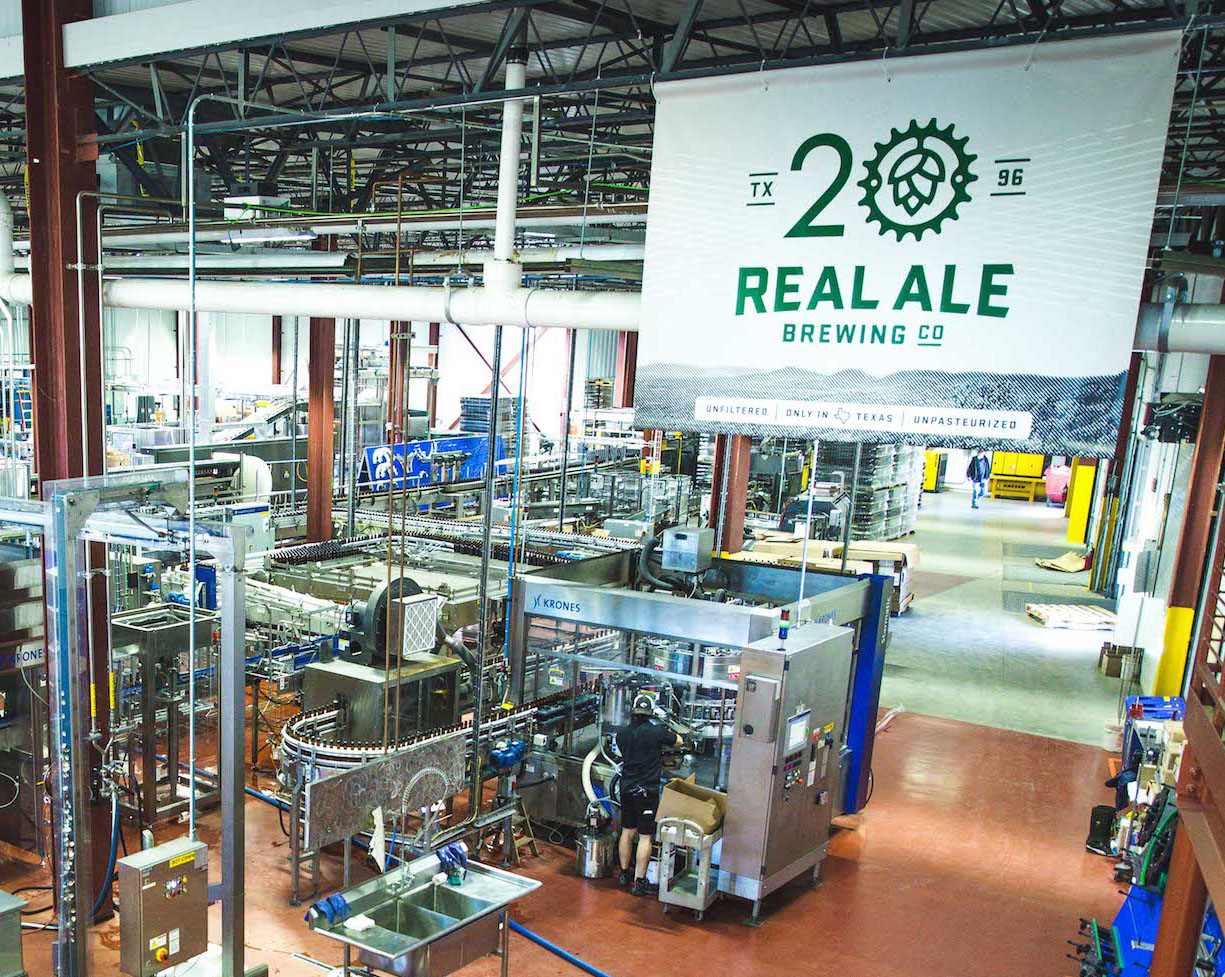 Twenty years of brewing beers in the Texas Hill Country.

Our 20th anniversary party kicks off a year of celebrations, tap takeovers, and special events.

We strike gold with Real Heavy at the Great American Beer Festival (GABF)® in the Scotch Ale category.

Beers from our Mysterium Verum barrel-aging and sour program are released in bottles for the first time.

We celebrate 21 years of brewing beer in the Texas Hill Country by throwing a kegger with 1800 of our closest friends and releasing a crushable, draught-only anniversary pre-prohibition lager.

We officially launch Real Spirits Distilling Co. with a Grain to Glass Gin and Texas Hill Country Whiskey. Cocktails start pouring in our taproom. Just over a month after their official release, each of our spirits took home a medal at the San Francisco World Spirits Competition.

We win two medals at the Great American Beer Festival (GABF)®. We strike Gold for the second year in a row with Real Heavy, and take Silver for our Firemans #4 Blonde Ale. 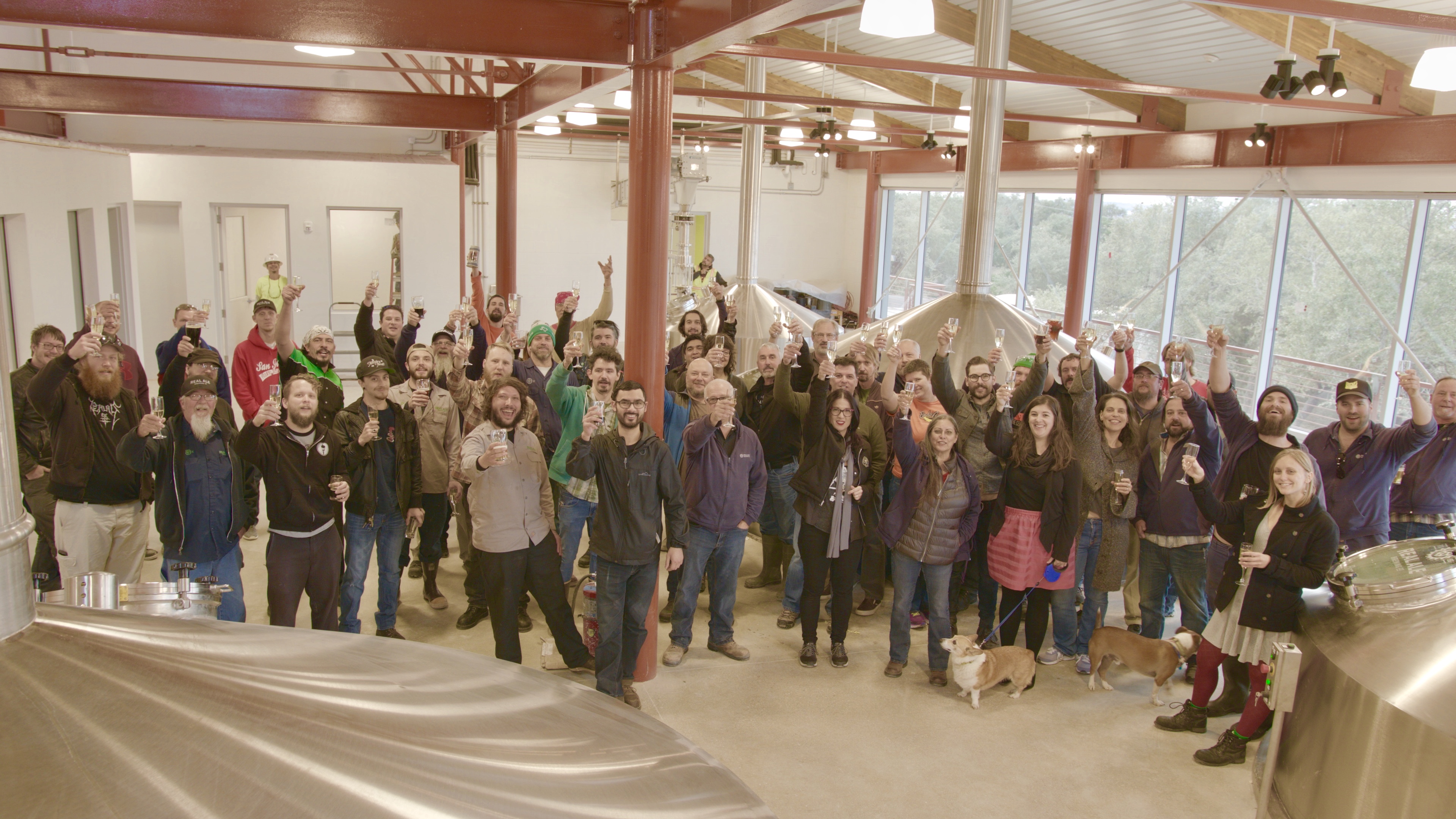 The whole crew inside the new Brewhouse 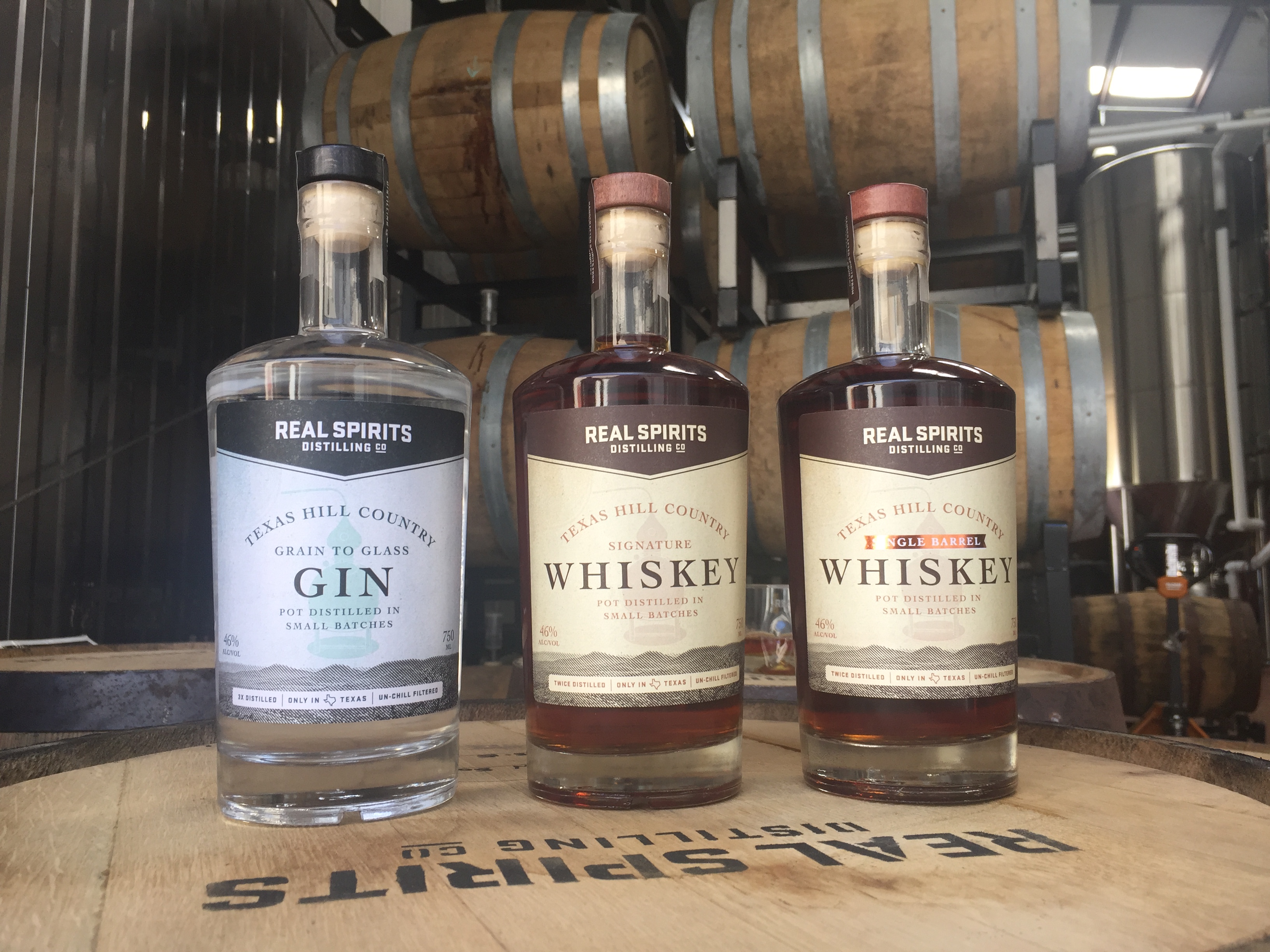 We celebrate 22 years with our anniversary beer Zweiundzwanzig, a Berliner Weisse aptly named the german word for twenty-two.

Swifty, our American Pale Ale is released in 12oz cans! We begin work on landscaping and finishing out our beer garden.

Real Heavy wins gold AGAIN for the 3rd year in a row at The Great American Beer Festival.

Moonwalk Brut IPA is released on draught, along with the return of BLAKKR, our famed imperial Black Ale.

Firemans Light: The Light Beer for All Y'all is released along with the help of light beer drinkers across Texas.

Tim celebrates 15 years with us at Real Ale. 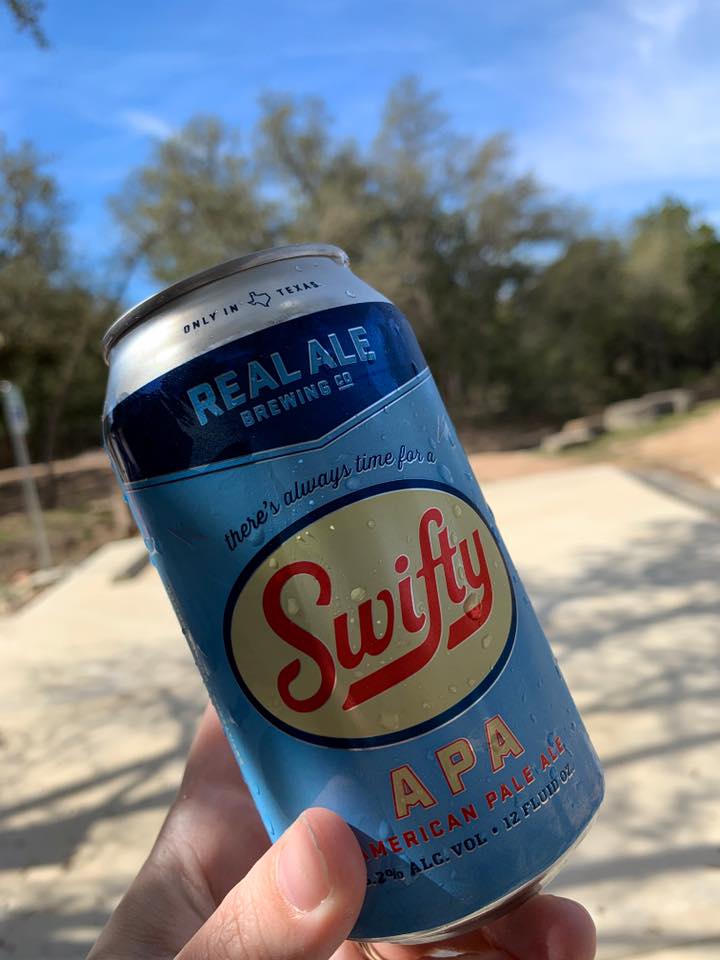 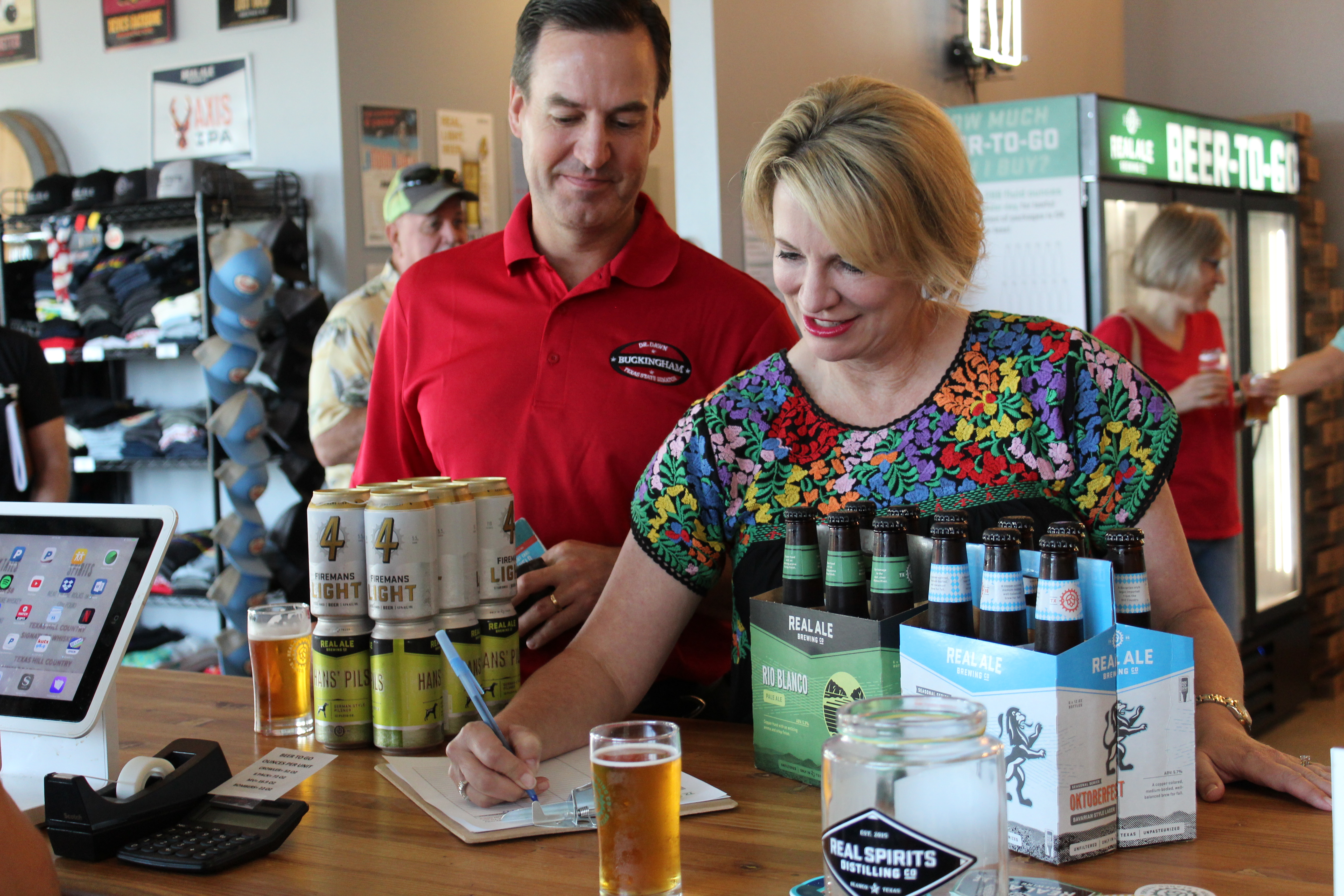