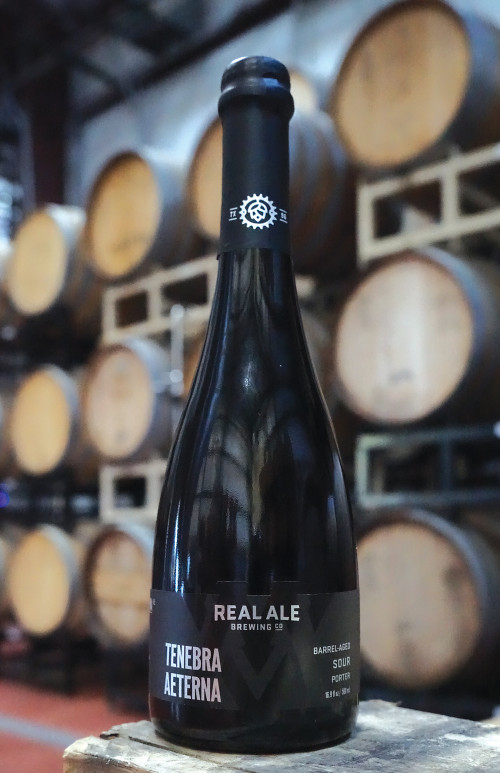 More than 7 years after the first barrel was filled, Real Ale’s barrel-aged and sour beers – known under the Mysterium Verum name – have finally been bottled for your drinking and sharing pleasure.

[Looking for information about these beers? Check out our beer pages.]

Tenebra Aeterna (Latin for “Eternal Darkness”), our barrel-aged sour porter, lead the way in this new revolution. Approximately 1,600 bottles were released throughout Texas on Black Friday, November 25th, 2016, and over 200 bottles were made available in Blanco in conjunction with a brewery release event on Saturday, November 26th. We had a Barrel Room Open House where brewers signed bottles and three fans named their very own barrels. 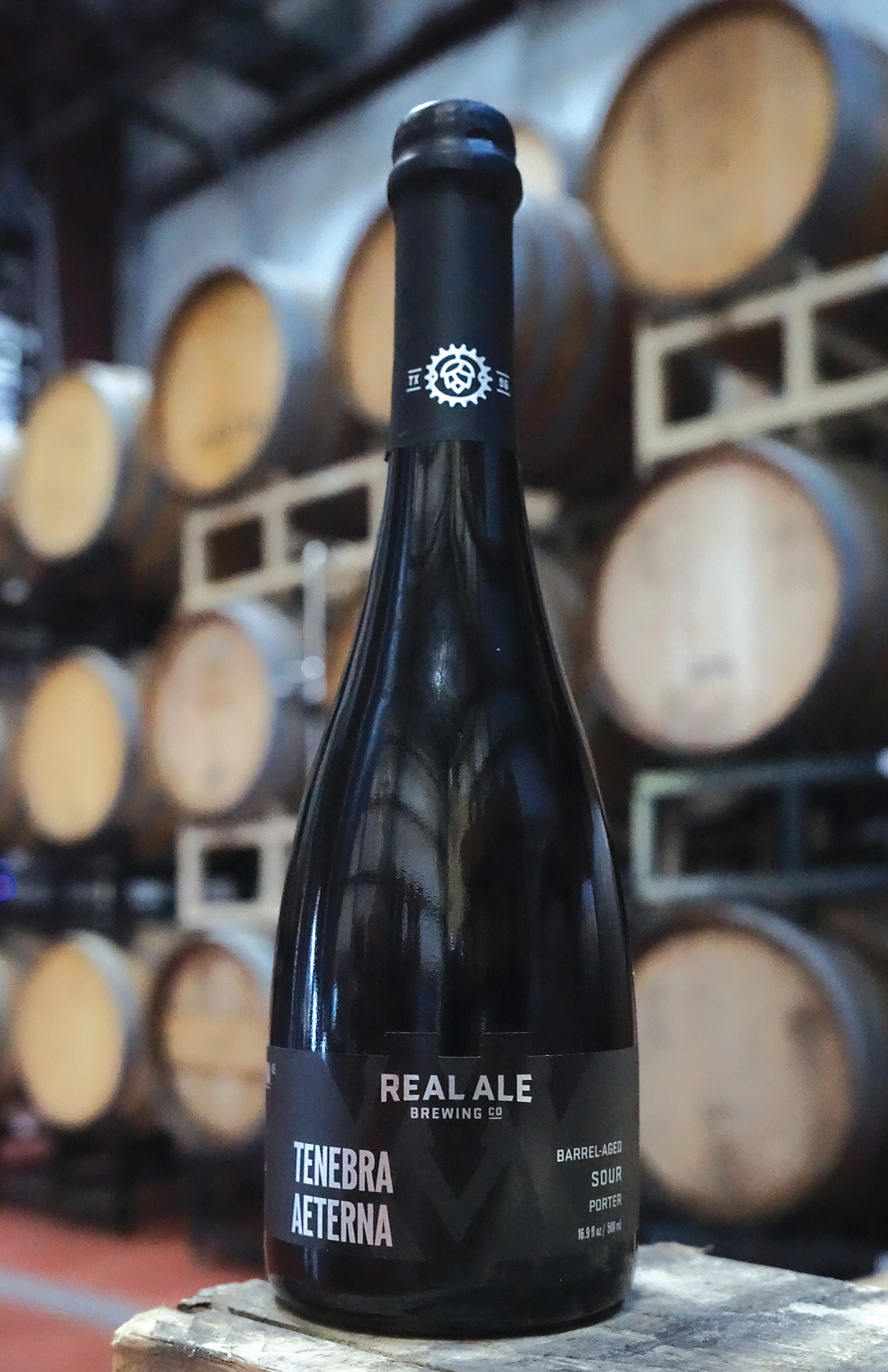 Fans interested in finding a bottle near them can reference the list below for stores that received cases. However, because of the limited amount, we can’t guarantee that they’re still there! We highly recommend calling in advance and shopping now. 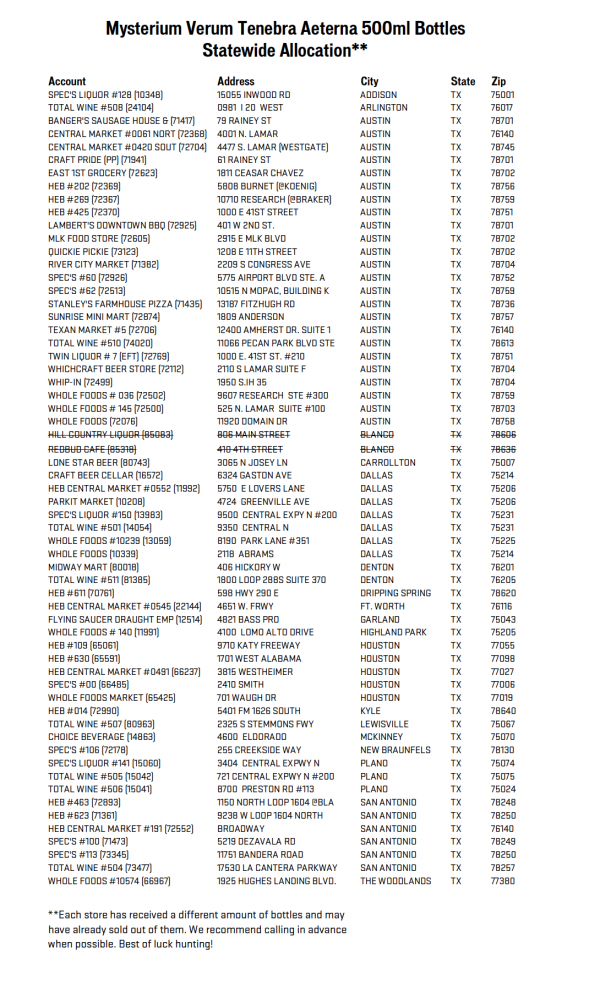 Keep an eye out for our next bottle release in December: our award-winning sour brown ale with cherries, Benedictum!

**Tenebra Aeterna**
Latin for “eternal darkness,” Tenebra Aeterna means more than just the absence of light, it brings a shadow of dark malt into the realm of sour beers. A robust porter brewed with chocolate and black malts is interred in oak with nothing but our MV House Culture to keep it company. After many moons the ale emerges and we meet a sour beer unlike any that has heretofore been seen. Tenebra Aeterna is marked by notes of dark, sour fruit and a tantalizing character of subtle roast and cocoa. Come out of the light, and embrace the darkness.

Looking for more MV history? Here’s a timeline about the evolution of the program and a video introduction to MV from the one-and-only Schmitty Schmitterson: 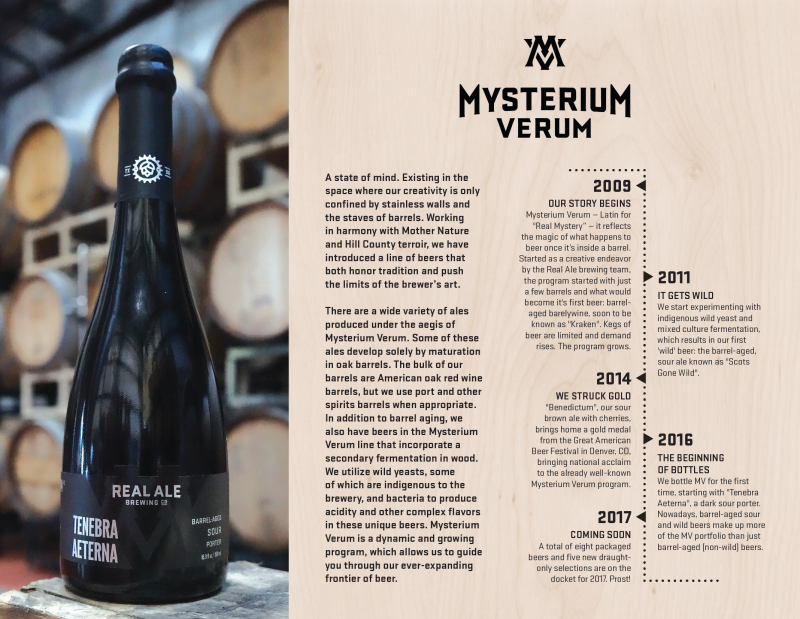